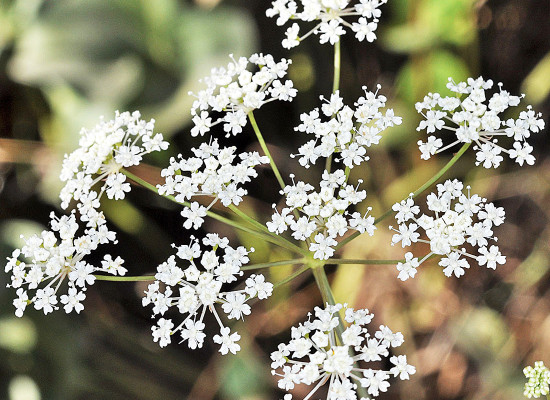 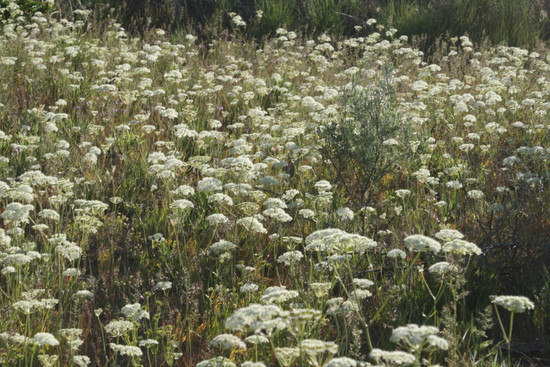 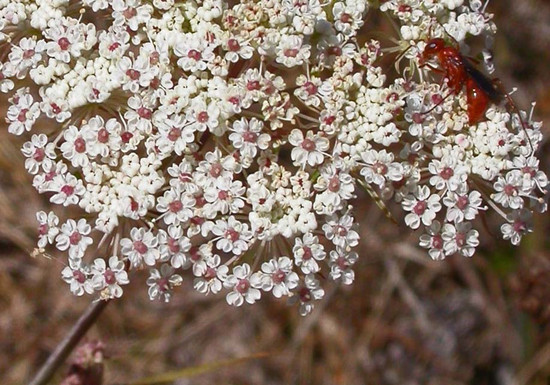 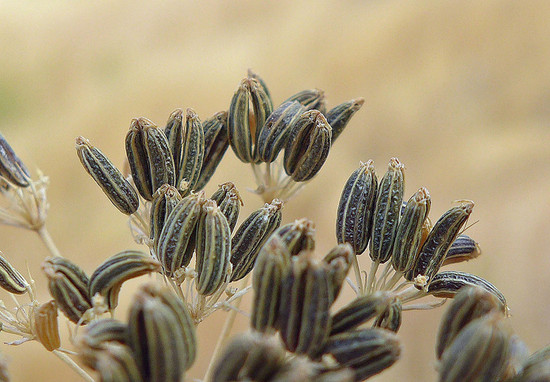 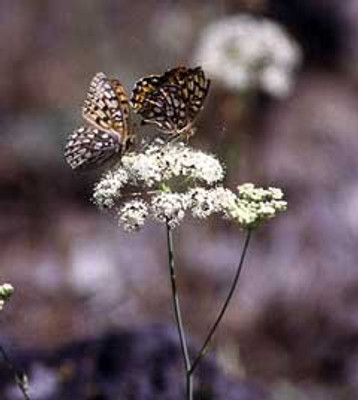 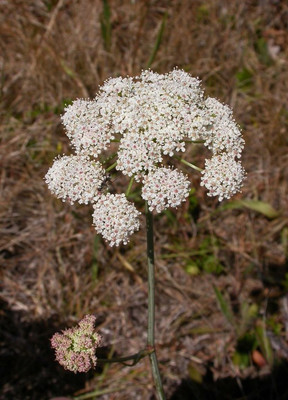 Yampah (Periderdia spp.) are a humble genus of wild carrots with delicious roots and edible leaves and seeds.

Yampah is the West's own wild carrot, and a prized native food.  The roots, leaves and seeds of Yampah are all edible.  The tuberous roots can be eaten raw and have a crisp, juicy texture, reminiscent of a water chestnut.  When boiled, steamed, sauteed, or fried, the roots have a sweet & nutty flavor, reminiscent of a sweet potato.  The roots can also be dried and saved for later re-hydration.  The leaves are edible when young.  The seeds can be used as a seasoning, similar to caraway, and some species of Yampah are even included in the same genus as Caraway.

Yampah roots are a good source of Potassium and Vitamin C, and are high in protein.   Both root and seed are a carminative, meaning they relieve digestive gas.  In fact, the uncooked roots are a mild laxative, and consuming larger quantities can be used medicinally for this purpose.

From both a flavor and nutrition standpoint, we believe Yampah has a great potential for future breeding as a commercial root crop.  Contact your state ag school to tell them, and lets get this plant the attention it deserves!

Yampah has an appearance similar to other plants in the carrot family such as Queen Anne's Lace. They have grassy leaves at the base of the plant, with a tall stalk topped with modest but beautiful, delicate white blossoms. They attract pollinators such as butterflies, which only adds to their beauty and appeal. Yampah is a lovely addition to a garden space.

Yampah has many environments it will thrive in, from meadows to mountainsides to woodlands, although it seems to like meadows the best. They can grow in a variety of soils, from sandy to clay, and prefer partial shade to full sun.  They would be grateful to grow alongside other native plants in their community, such as Great or Common Camas, Fool's Onion, Harvest Brodiaea, Indian Celery, and more.

In the last 150 years, since the arrival of Western settlers in the region, some species of Yampah have been greatly diminished by disruptive modern agricultural practices, removal of native peoples, and extensive urban development.  This is a very important plant to restore in our region.

Northwest Native American tribes today still value this special plant as food, medicine, and family.  Despite great cultural losses, they continue to work towards stewarding and restoring wild populations, both strengthening the integrity of the ecology and sustaining their cultural heritage and wisdom.  These strong and recovering peoples and plants deserve our respect, gratitude, and reparations. (Learn more & how to help on our Charitable Giving page.)

Yampah is a resilient plant that will likely thrive in well drained soils with lots of sunshine.  After 2-3 years, the roots can be harvested for consumption.  They can be harvested anytime, although generally not recommended during flowering or seed set; instead, it's generally best when the plant is dormant (late summer after seed set, through early spring).  Dig gingerly around the root, loosening the soil before pulling out the roots.  Depending on root formation, you may be able to harvest one of the rootlets, while replanting the other for next year.

Remember, gophers and voles like your Yampah, too! Some gardeners choose to dig and store the harvested roots due either to potential rotting in wet soils or rodent pressure.  Store in a cool, moist place before replanting, as one might with a carrot.  Roots can also be dried for re-hydration.

Native American tribes up throughout the West have perfected various ways to wild-tend, harvest, prepare, and store this amazing food.  In general, preparation for eating can be considered similar to a commercial carrot.  However, we recommend trying the taste of this plant alone before mixing with other foods, to really understand it's flavor and wisdom.  Our favorite way to prepare it is stir-fried with oil and salt until lightly browned.  Yum!

Harvest Time: Early spring for leaves or roots if not dug up for the rainy season, late fall for seeds and roots

Again well packed. I planted them and can’t wait to see the results in spring.