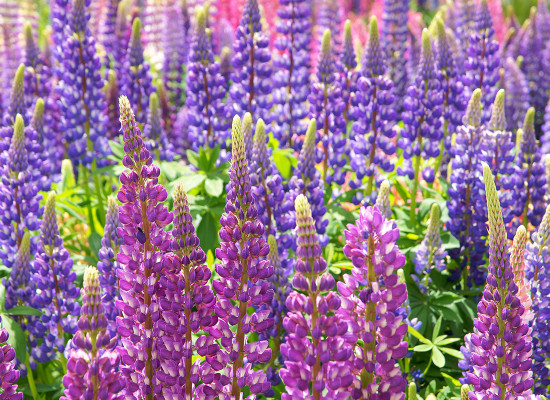 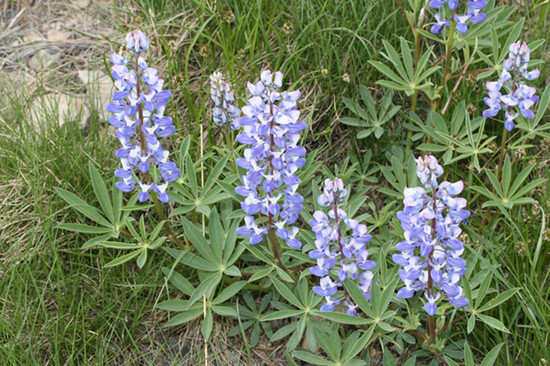 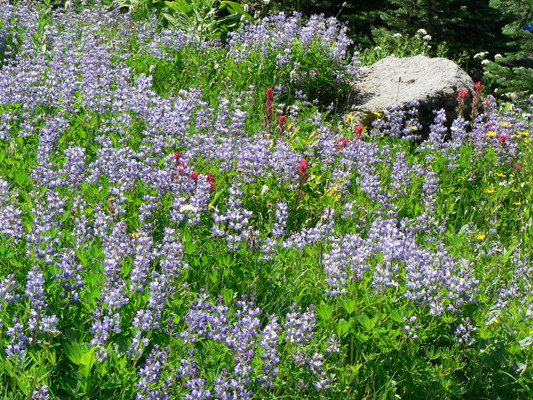 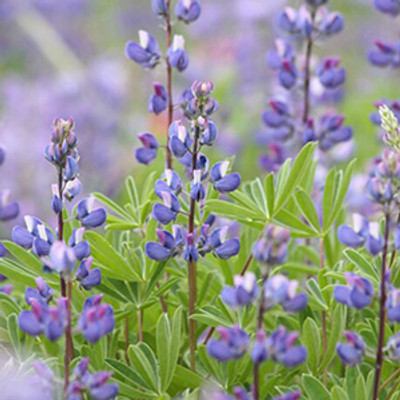 Lupine is a fast growing, perennial, nitrogen-fixing wildflower that is native to the Pacific Northwest.  We sell two species, Riverbank Lupine and Big-Leaf Lupine.

Lupine has beautiful whorls of blue-purple flowers with pleasant scent.  The perennial flower stalks can reach up to 3 feet and are very attractive to native insects, bees, and butterflies.  The palmate purple-tinged leaves are particularly elegant, radiating out in circles around their leaf stems, holding Spring dew and rain drops in their center.

Consider growing  Lupine with Great Camas or Common Camas to create a native meadow ecosystem that can provide food and beauty for you, the native pollinators, and the local wildlife.  Everybody wins!

Lupine grows in open woodlands, streambanks, and meadows throughout the Pacific Northwest - including droughty, steep, gravelly slopes.  They are a great pioneer species for disturbed areas, helping with erosion control, soil fertility, and reintroduction of native wildlife.

They prefer full sun and well drained soils but can tolerate partial shade and some winter soil saturation.  They are very drought-hardy and rarely need summer watering after initial establishment.  As a nitrogen fixer, Lupine is an excellent companion plant.   Consider growing it under trees that do not cast a dense shade such as Oregon White Oak, or alongside other wildflowers and native grasses in a backyard meadow setting.

Lupine is very hardy and drought tolerant once established. It is advisable to water them during establishment but once they have taken no summer watering is needed. Consider collecting seeds in the fall and spreading them in early spring. After a couple of seasons of spreading seed you can establish a sizable stand with minimal effort and expense.