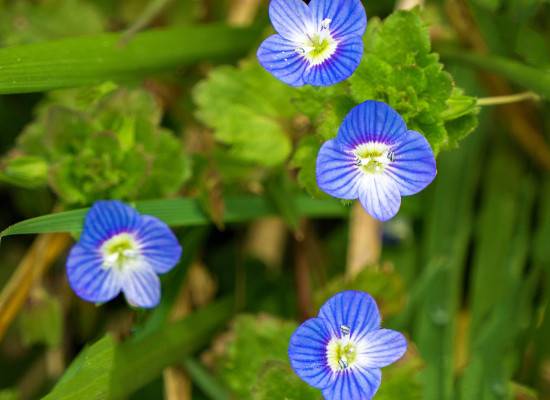 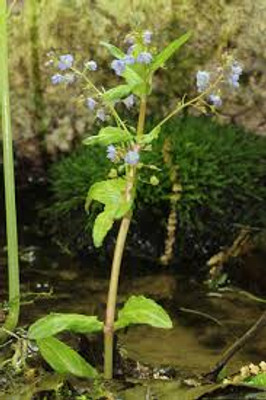 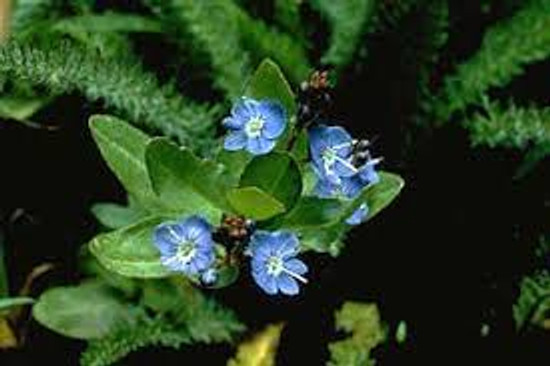 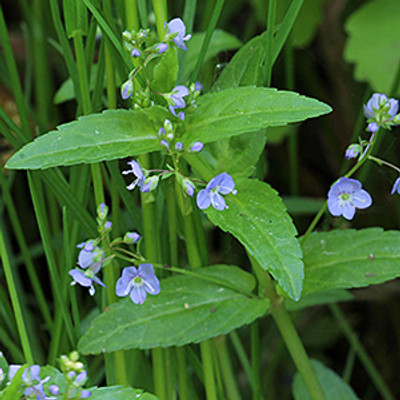 Available March 1, 2023.  Plants ship within one week of this date. NOTE: We will wait to ship your order until all your plants become available.
SOLD OUT for now - check back in soon!

American Speedwell is a perennial plant native to most of North America, save a few of the south eastern states. This lovely groundcover has tiny periwinkle colored flowers and edible greens.

American Speedwell is a tender salad green that can be eaten raw or cooked (though it is usually eaten raw). The older greens can become bitter, so this plant is best harvested and consumed earlier in the season.  The flavor is reminiscent of watercress.

American Speedwell is also known to have medicinal use as a blood purifier, this action is gained just by consuming the plant as a part of the diet. It has a history of being used for urinary and kidney infections.

American Speedwell is a welcome addition to the ground level of your ornamental or edible garden.  It spreads readily from seed and rhizomes to fill empty spaces with a wave of tiny blue flowers in Spring. Glossy leaves grow opposite from each other, with saw toothed edges and a pointed oval, almost triangular shape.  They flower in many long-stalked clusters of 10 to 25 blue or violet four petaled flowers.

American Speedwell is a plant native to most of North America, favoring wetlands and stream sides.  Another common name of this plant is American Brooklime, which speaks to the environments in which it thrives; lime banks of brooks. The name Speedwell speaks to the speed with which the flowers lose their petals, they are rather short lived and fade quickly.

American Speedwell is a moisture-loving plant and does best with moist but well draining soils.  It also likes partial to full sun environments. The pH requirements for this plant are rather variable, able to handle neutral, acidic or alkaline soils.  American Speedwell is self-fertile, meaning it contains both male and female organs. It is pollinated by insects and hosts the Common Buckeye butterfly, as well as other native moths and butterflies.

Cut back the leaves early for harvest in the Spring, as soon as two weeks after they emerge and until flowering.  Add to salads along with Miner's Lettuce, Early Blue Violet, or one of our other edible native greens.  Can be also used as garnish, or add to soups or stirfries.